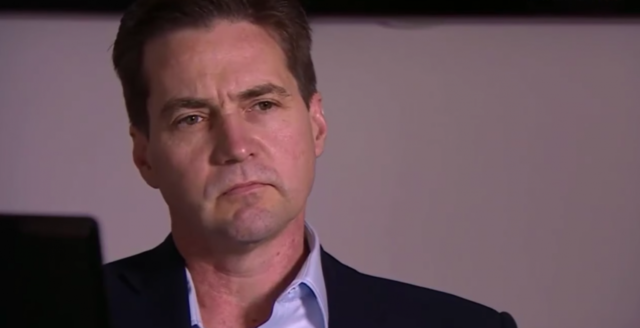 A federal court ruled against Satoshi impersonator and outspoken crypto antagonist Craig Wright yesterday in the year-long multi-billion dollar case. Wright was dealt a second blow in the defeat as the judge also demanded he hand over half of his bitcoin holdings.

Judge to Craig Wright: Hand Over The Bitcoin

Magistrate Judge Bruce Reinhart recommended that Wright turn over half of his BTC holdings and intellectual property to the estate of the plaintiff, Dave Kleiman. According to reports, the ruling followed a contempt hearing in the suit which began over a year ago. Kleiman was Wright’s former business partner who passed away in April 2013. His brother Ira accused the Satoshi impersonator of defrauding the family of their rightful claim to 1.1 million bitcoins.

The judge recommended that 50% of Wright’s BTC holdings mined before December 31, 2013, be handed over to the Kleiman estate. Judge Reinhart did not find Wright to be credible, but also did not make a ruling on whether his claims to be the bitcoin creator were worthy. The lawsuit also alleged that Wright holds several bitcoin funds, including the infamous Tulip Trust, which supposedly contains around a million BTC mined by Nakamoto.

It was estimated that the funds could be worth as much as $5 billion and the fear is that the plaintiff may now flood the market with his stash in order to liquidate it rapidly.

Crypto twitter reacted as expected with a flurry of responses as the news broke, the majority of them making a mockery of Wright and his repeated claims for Satoshi fame.

Craig Wright has lost his case against Ira Kleiman. Kleiman awarded 50% of IP and Bitcoin mined.

The Judge rejects CSW's testimony and finds that perjured himself with falsified documents.

The Bitcoin SV camp harped on about it being the end of bitcoin with narratives before and after the ruling as pointed out by ‘WhalePanda’;

“The $BSV narrative went from: ‘Haha, the judge will prove that CSW is Satoshi, BTC is screwed!’

To: ‘Haha, the judge said that CSW is dishonest and a serial forger and has to give 50% of his Bitcoins to Kleiman who will dump everything, Bitcoin is screwed!’”

At the time of writing there had been no reaction on bitcoin markets. BTC has remained strong above $10k but BSV had already started to slide, dropping 4% so far and falling below $130. If a huge chunk of bitcoin enters the markets the price will decline but this will be a short term effect that provides cheaper BTC for everyone else to accumulate. The fundamentals have not changed.

Will Kleinman flood the market with their newly acquired “bitcoins”? Add your thoughts below.

The post With 50% BTC To Be Forfeited, Will Craig Wright Stop Playing Satoshi Now appeared first on Bitcoinist.com.

Execution Date Set For Only…

WALSH: Why The Left Declaring…