Skip the slice and preheat your oven for a top-rated recipe for The Best Pumpkin Whoopie Pies with Cream Cheese Frosting. 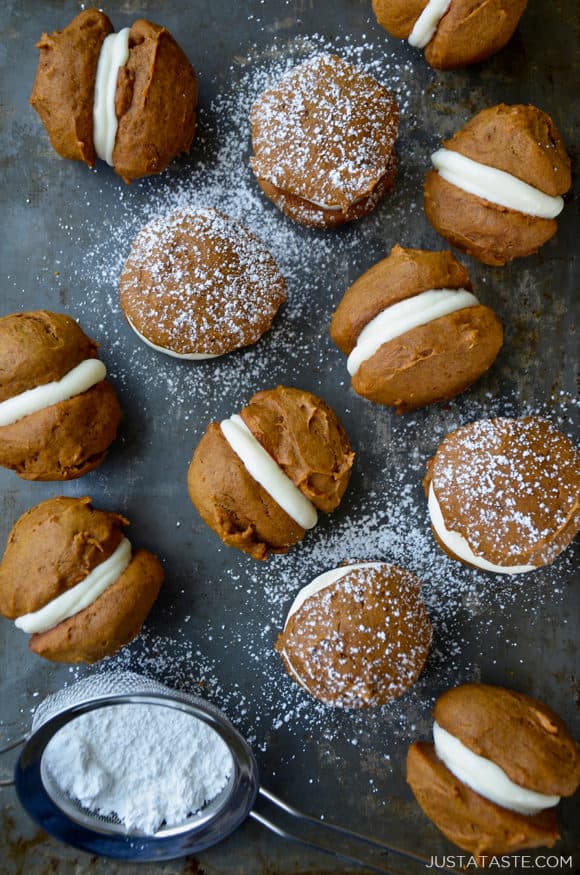 I’m a huge fan of individual desserts, and with a layer of cream cheese frosting sandwiched between two pumpkin cakes, Pumpkin Whoopie Pies are the perfect sweet finale to any feast. There’s no need to save these beauties for Thanksgiving, but they sure would make for quite the stunner on your Turkey Day dessert spread. 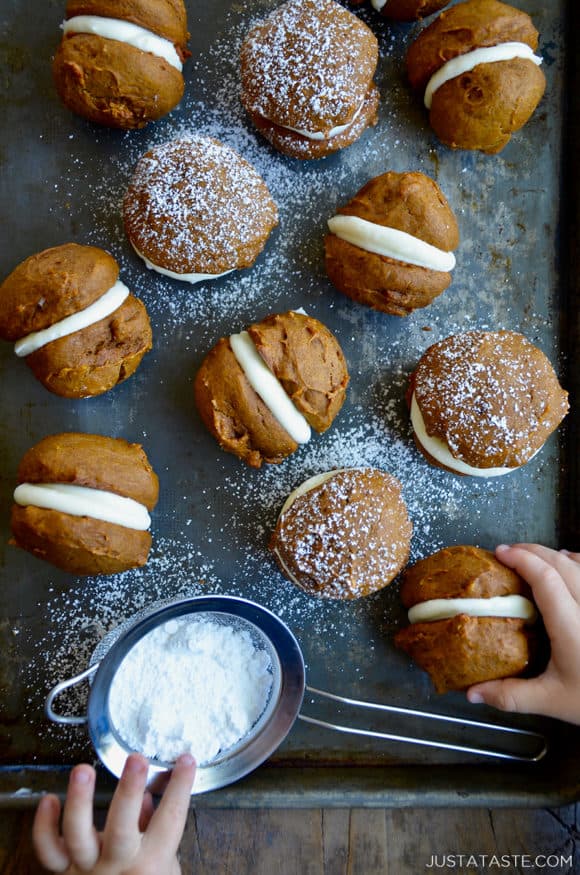 Part cookie and part cake, this recipe was inspired by my original chocolate foray into this classic dessert. While I’m all for pumpkin desserts, there’s just something about the texture of pumpkin cake that I much prefer to the classic pie. 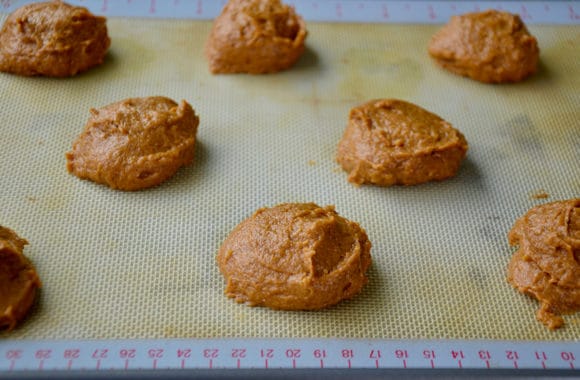 The miniature cakes bake up in less than 15 minutes. They’re the perfect combination of light, pillowy and super-moist cake texture while also being sturdy enough to be sandwiched together with your choice of filling. 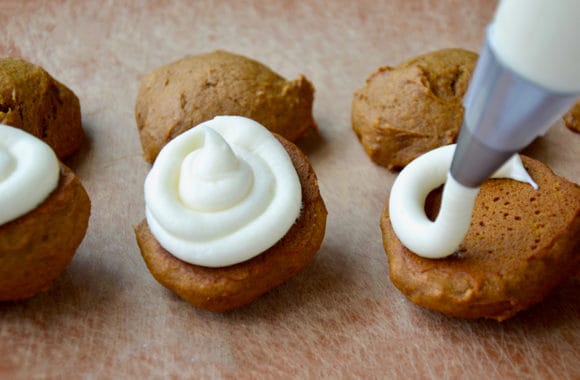 The boys absolutely devoured these, as they were the perfect size for their little hands. They also travel surprisingly well and can be packed up for potlucks or bake sales and will arrive in perfect shape.

So preheat your oven, ditch the pie dough and celebrate all things autumn with The Best Pumpkin Whoopie Pies with Cream Cheese Frosting! 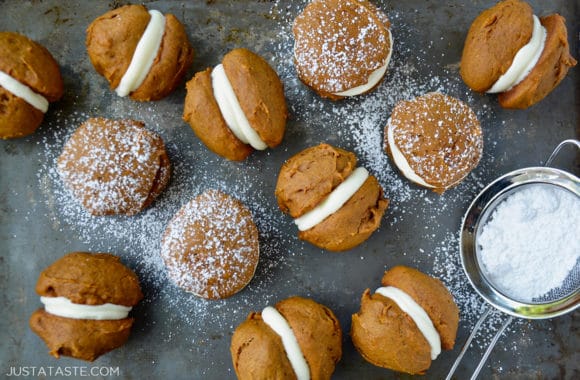 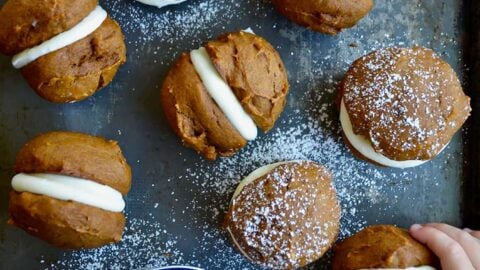 For the whoopie pies:

In a large bowl, whisk together the flour, salt, baking powder, baking soda, cinnamon, ginger, and cloves and set aside.

Sprinkle portions of the flour mixture intermittently into the pumpkin mixture, whisking in each part until well combined.

Use an ice cream scoop to drop portions of the batter onto each of the prepared baking sheets, spacing them at least 3 inches apart.

Bake the whoopie pies for 12 to 15 minutes until the cakes are just starting to crack on top and a toothpick inserted into the center comes out clean.

Remove the whoopie pies from the oven and let them cool completely while you make the filling.

In the bowl of a stand mixer fitted with the paddle attachment, beat together the cream cheese, butter and vanilla until incorporated, about 2 minutes.

Assemble the whoopie pies by spreading a portion of the filling onto the flat sides of half of the cakes. Top each with an unfrosted second cake to form sandwiches.

Double the frosting recipe above if you want to have a sufficient amount to pipe a thick layer between whoopie pies, rather than a smaller slathering.

Wine and Cheese Pairings to…