On CTV News, we chat about Georgian wines. So let’s get our bearing first by looking at a map.

Georgia, the country, not the state, hugs the Black Sea, with its neighbours being Turkey, Azerbaijan, Armenia and Russia. It was formerly part of the Soviet republic. 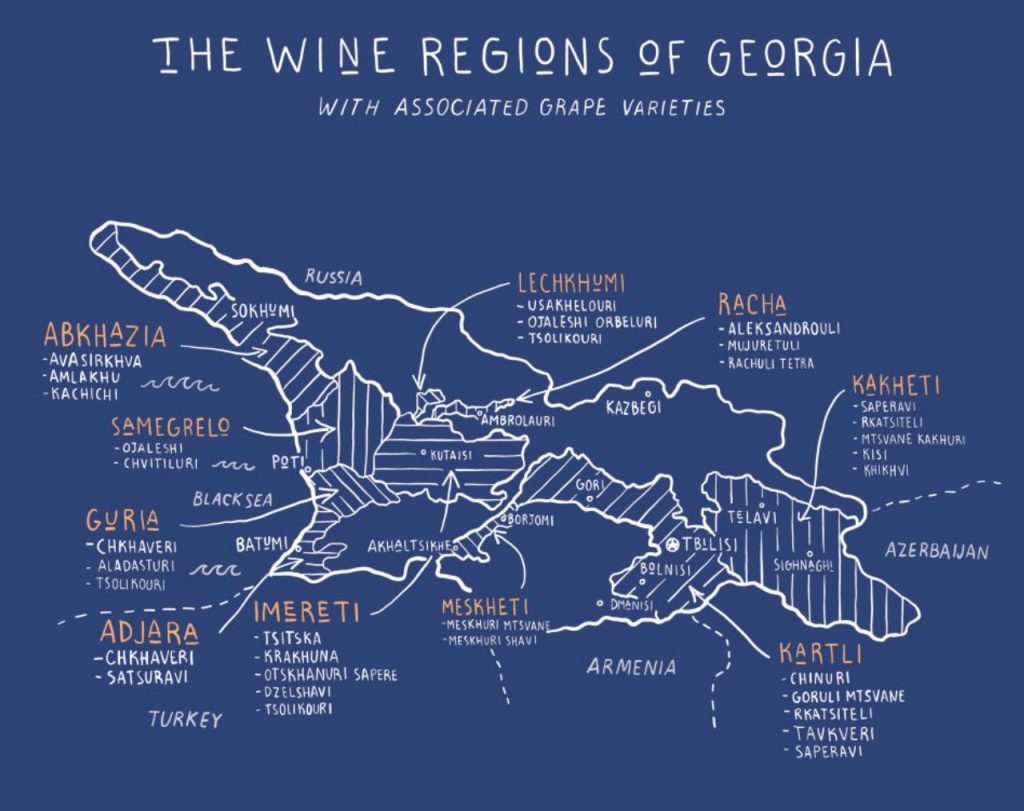 Almost three-quarters of the country’s wine is produced in Kakheti like this full-bodied, savoury dry red wine from Mukuzani.

How important is the winemaking tradition to the country?

Winemaking is so important to the culture that legend says that soldiers wove a grapevine into their chain mail vests so that if they died in a battle, a vine would grow from their hearts.

How long has Georgia been making wine?

Georgia claims the title of being the world’s oldest winemaking region, dating back 8,000 years, the 6th century BCE. Archeologists have found fragments of the clay amphorae, the clay vessels used to make and age wines. 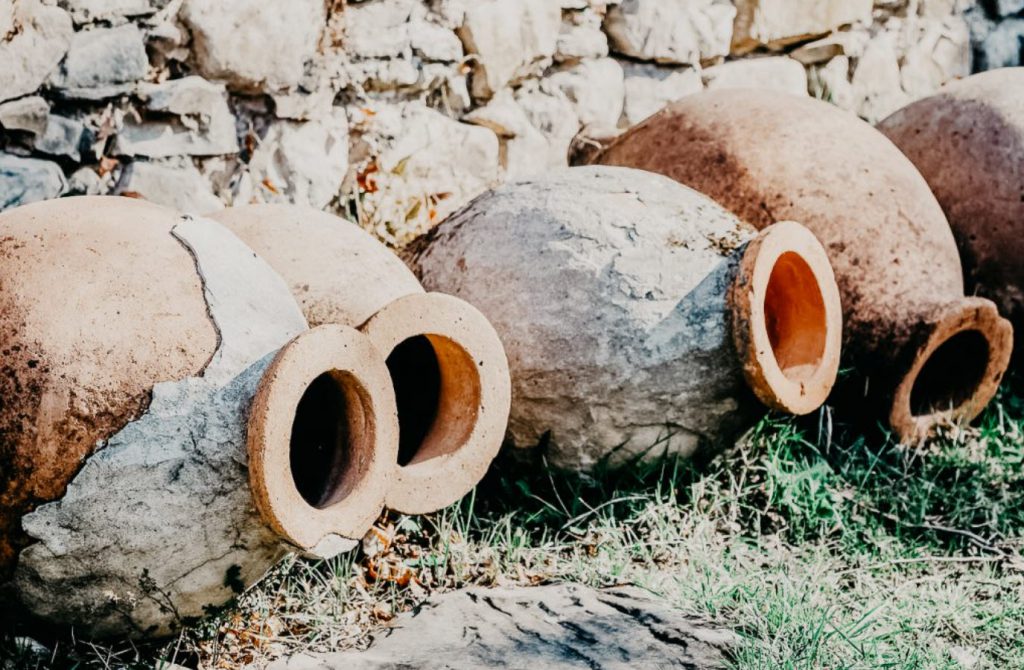 Georgia is the OG for orange wine that’s so popular these days in many wine regions. The ancient winemaking method left the skins of grapes in contact with the juice while fermenting in those amphorae, also called qvevri (pronounced kwev-ree) buried in the ground.

These are considered meditation wines because they evolve in the glass over time. 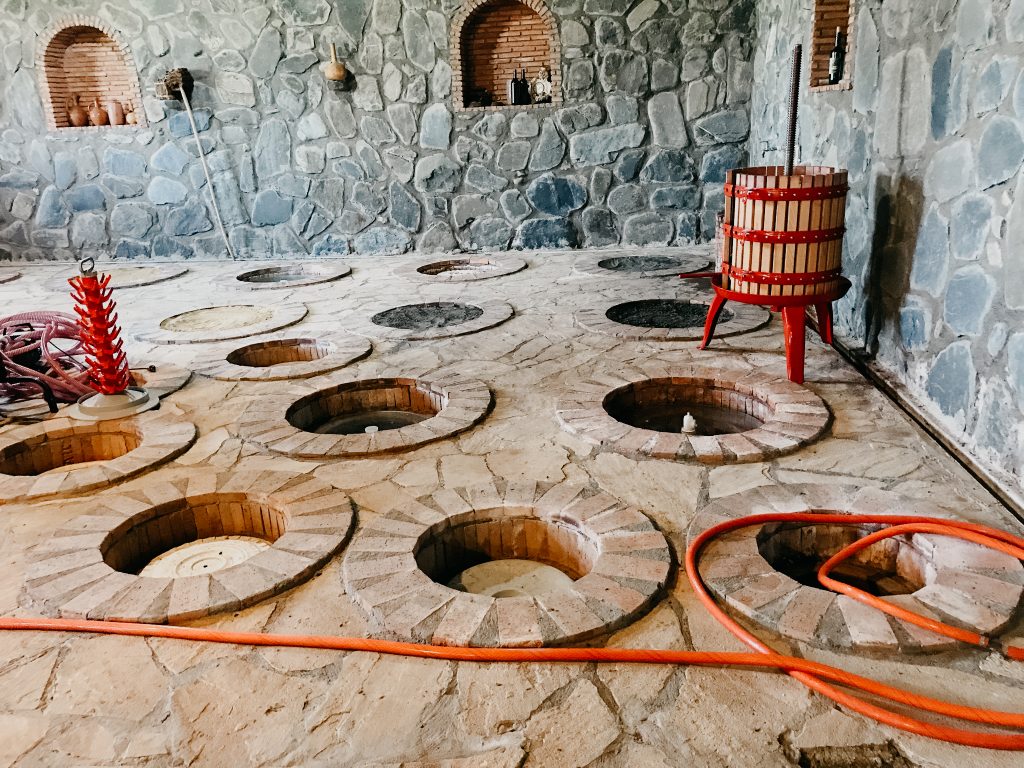 What does the modern winemaking scene look like today?

The trend toward amber and natural wines is putting Georgia on the radar of wine lovers today, so what’s old is new again. Quality production suffered under the Soviet regime until 2003, but since then it’s improved dramatically. Like this from Tbilvino Alazani.

Winemakers are still figuring out which grapes work best and improving their vineyards.

What kind of wines do they make?

Georgia has more than 525 grape varieties, most wines are a blend of native grapes.

Georgia also produces semi-sweet red wine like this one, which are meant to be enjoyed young and slightly chilled. Although most of the wines they export to North America are dry, sweet and semi-sweet comprise 70% of the country’s wine production.

What are some traditional dishes and which wines would you pair with them?

As the bridge between Europe and Asia, many traders and invaders have influenced the cuisine, including Iran, Asia, Turkey, and the Mediterranean. Dishes feature lots of dried herbs and spices, fresh vegetables and meats. 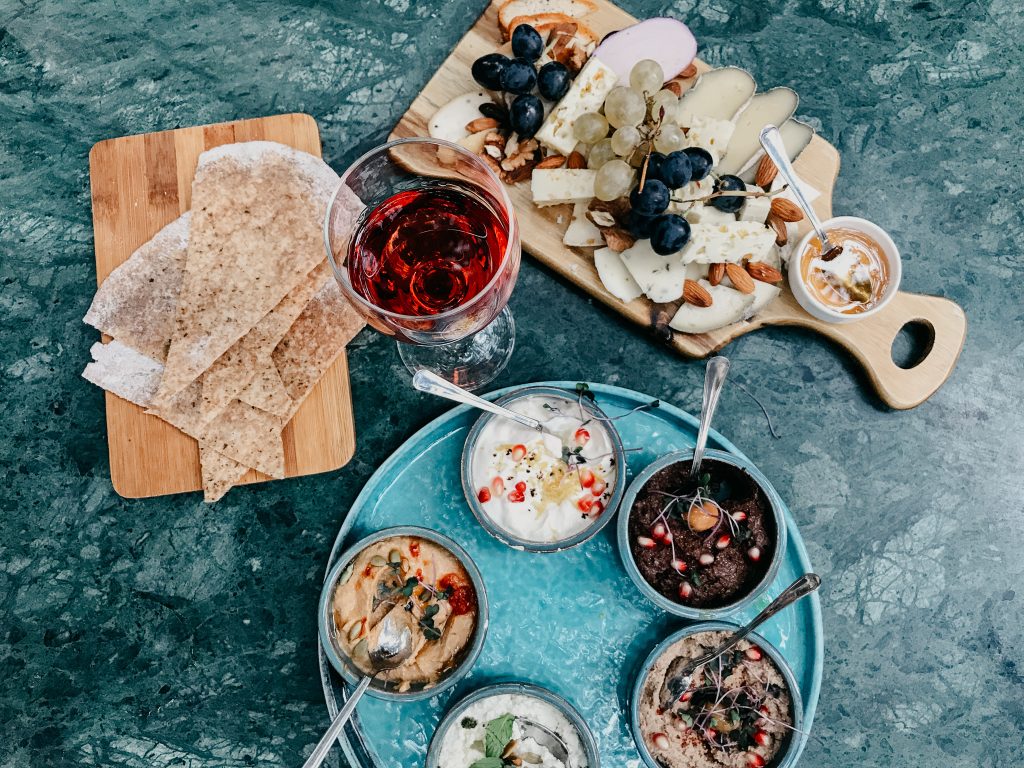 Try this wonderful after-dinner, Croatian plum brandy on its own or in a cocktail.