Find comfort in a bowl with a smooth and creamy recipe for the best Loaded Baked Potato Soup topped with all the classic fixins’. 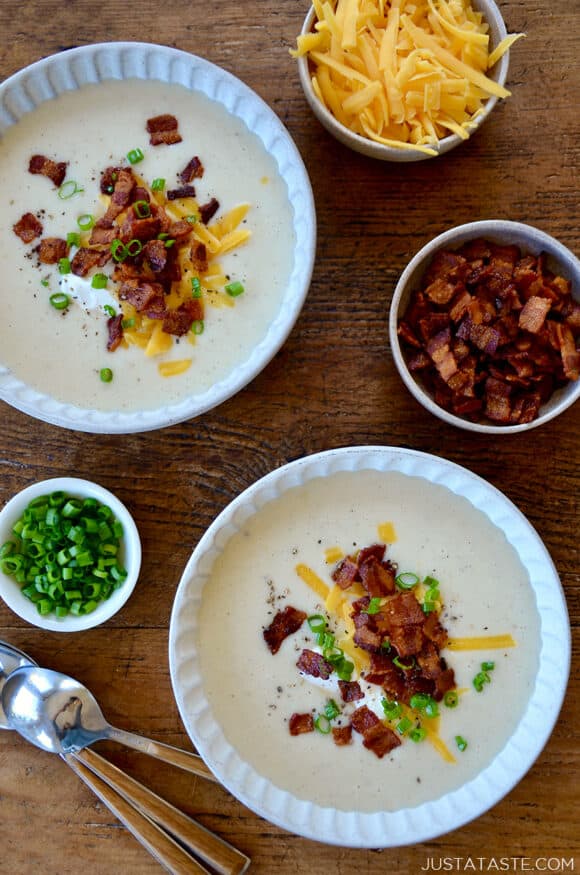 Grab your spoons, folks. Soup season is in full swing. But rather than stroll our way into the world of broths and stocks, I’ve decided we might as well start with a sprint toward the comfort food finish line. And nothing screams, “I feel comforted!” quite like a big bowl of Loaded Baked Potato Soup, crispy bacon, sour cream, cheddar cheese and all. 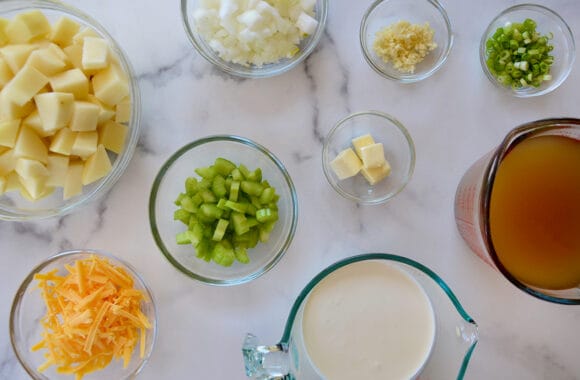 This easy potato soup was inspired by a similar recipe my mom used to make during the harsh San Diego winters. In those days—the days of fast metabolisms and 2-hour lacrosse practices—I’d pile my bowl so full of toppings that the soup was but a shallow pond surrounding my pork fat and cheddar cheese island. 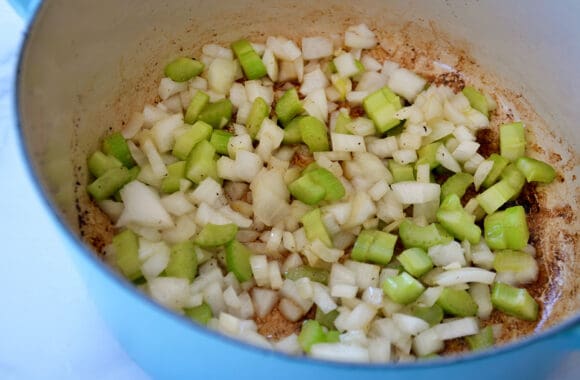 I’ve since shifted strategies to better appreciate the velvety smoothness of the underlying potato purée, the real star of the dish. All it takes is a blender to transport you from gritty root vegetable to silky potato soup. 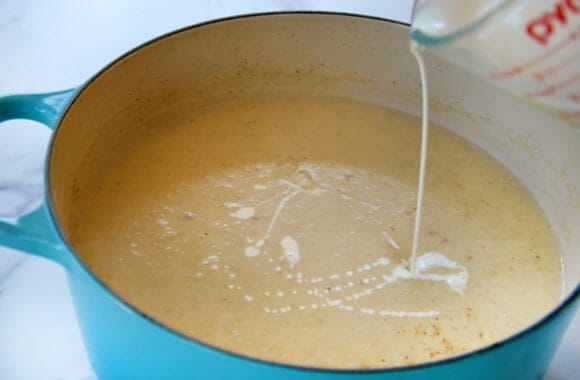 Finish it off with a splash of heavy cream and then hunker down for a feast of pure comfort. Long story short, if a recipe could give you a hug, that recipe would be Loaded Baked Potato Soup. 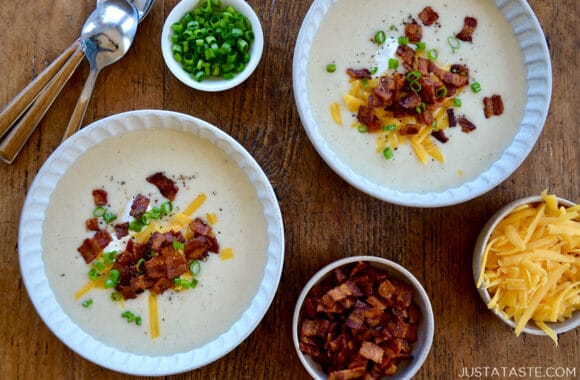 If you’re loving this recipe (or any others on Just a Taste!), check out my debut cookbook, The Secret Ingredient Cookbook, which is now available for pre-order wherever books are sold. Once you pre-order your copy, you’ll be able to claim your exclusive sneak peek of five instantly downloadable recipes! 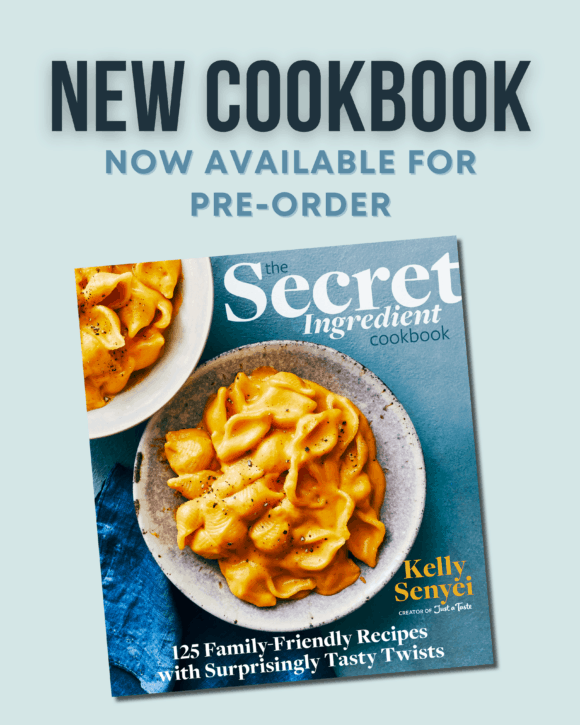 Disclosure: All opinions expressed are my own and I was not compensated monetarily for this post. I received a complimentary KitchenAid cordless hand blender in conjunction with this giveaway. 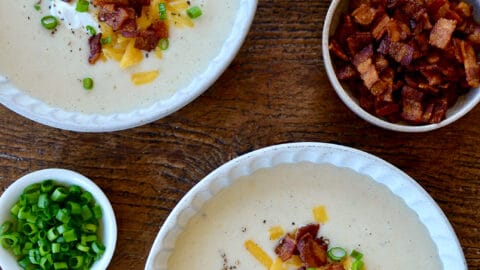 In a Dutch oven or large soup pot, cook the bacon over medium heat until all the fat has rendered. Using a slotted spoon, transfer the cooked bacon to a paper towel-lined plate and drain off all but 1/4 cup of the drippings.

Reduce the heat to medium-low and then add the celery and onions to the pan and cook, stirring occasionally, until the onions are translucent. Add the garlic and continue cooking for 1 to 2 minutes.

In a separate medium saucepan, melt the butter over medium heat. Once the butter is melted, whisk in the flour to make a roux. Stir the roux constantly for 1 to 2 minutes until it’s pale golden then whisk in the milk. Bring the mixture to a boil and cook it, stirring constantly, until it’s thickened slightly. (It should be the consistency of gravy.) Whisk the milk mixture into the potato mixture and cook the soup for 5 minutes over medium-low heat.

Stir in the heavy cream and season the soup with salt and pepper. When ready to serve, top each bowl of soup with the cooked bacon, shredded cheddar cheese, sour cream and scallions.

If you don’t have a hand blender, you can purée the soup in batches in a blender. Leave 1/3 of the soup in the pot and purée the rest in the blender then continue with the recipe as directed.

I prefer seasoning my soups at the end to avoid over-salting them. That being said, potatoes need a hearty amount of salt, so don’t be afraid to start with a teaspoon of salt and at least a few turns of fresh black pepper and work your way up based on your personal preferences.