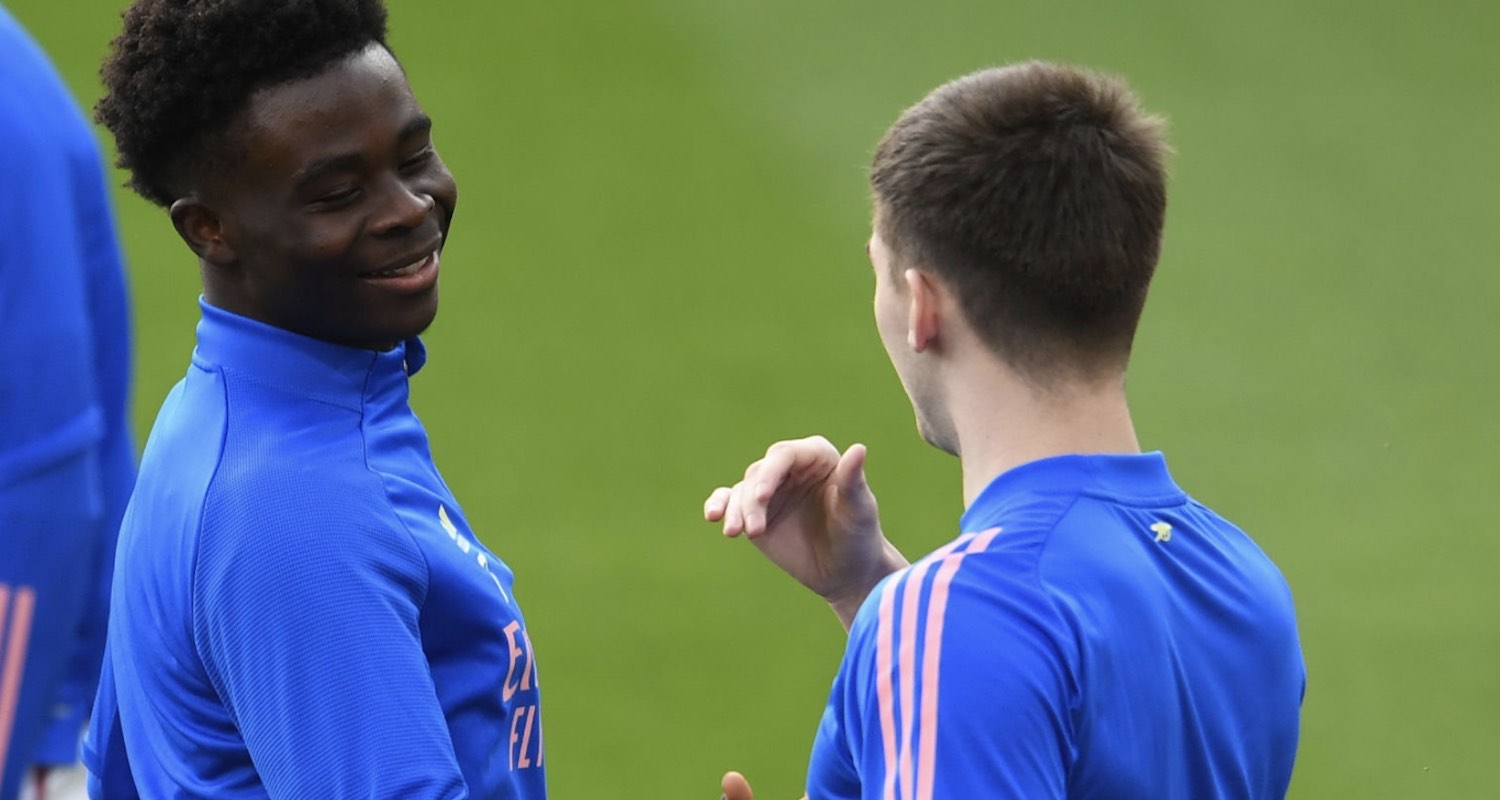 As yet there has been no update on Kieran Tierney’s injury. The silence is worrying me. There have been some unofficial reports that the club are concerned he could miss a few weeks, but that’s it.

Maybe the quiet is because of the bank holiday yesterday. Maybe it’s because they’re waiting to do a scan. Maybe they’re waiting for the results of the scan. I hope the scan doesn’t bring bad news, because our hopes of achieving success this season – and in the light of the Liverpool game it’s worth remembering there is still something hugely significant to play for – will be diminished if he’s absent for any period of time.

Firstly, he’s one of our ‘first name on the team sheet’ players. As the season has gone on, some come in and out of that category, even high profile players you wouldn’t have expected, but Tierney has remained consistent in that regard. Secondly, we don’t have a natural replacement, having let Sead Kolasinac go to Schalke on loan in January. I mean, there’s a big gulf in quality between those two players but, nominally at least, Kolasinac is a left-back.

Our replacement of late has been Cedric, and he’s been fine. Not particularly good, bar one spectacular pass in one game (did Saka score from it?), not particularly bad. Serviceable. But even against Liverpool on Saturday, as tired as Tierney was from his international exploits, we we better with him in the first half than with Cedric in the second. Which isn’t to pin the blame on the substitute, but the gaps got bigger and with Trent Alexander-Arnold demonstrating why he’s the best attacking right back around, we got punished. Again, to be clear, there were others culpable, but Tierney just plays differently in that position than Cedric.

It’s why I think if Tierney is missing for any period of time, we should think very seriously about using Bukayo Saka at left-back. For me, he is as close to a natural replacement as we’ve got, and I think the importance of a player in this position means we have to try and maintain as much balance as possible.

Now, I see the argument that Saka has been so good on the right this season that we’d be doing ourselves a disservice by removing him from that position. I get that, but at least we have options for that position. Yes, they are imperfect and people’s desire to see them play is up for debate, however they are there. The variance between Nicolas Pepe’s good days and indifferent days is large, but he’s barely had any kind of run in the team at all this season. There have been times when he plays well, and then sits out the next couple of games. It must be hard to build any kind of form/rhythm when that happens. We do know he’s capable of more than we’ve seen during this campaign though.

Then there’s Willian. A long way from my favourite player, and despite being our leading assist maker this season, nobody can make a convincing argument that he’s been anything more than bang average since his arrival at the club. At times, he’s been downright dreadful, but if I’m being fair to him, his worst performances coincided with our worst run, those dark, dark days of November and December. Nevertheless, he is by trade a right winger, even if we’ve played him elsewhere. Most of his career has been spent in that position, that’s where he was at his best for Chelsea and Brazil.

One thing to point out when considering those two is that for a large part of this season they were operating out on that right hand side without anyone to really connect with beyond the right back. There was no central playmaker, no extra man in those pockets of space, and now we have Martin Odegaard. That should be beneficial to both of them.

So, while I think we would miss Saka at his best on the right side of the attack, I think the gap between him and Pepe/Willian is much closer than the one between Tierney and Cedric. It’s also worth remembering that Saka has been a really effective attacking outlet on the left, and in his first full season he provided 11 assists playing primarily as a wing-back. What we ask of our left-back, and I do think he’s capable of playing there as opposed to the different role when we use three at the back, means they spend a lot of time driving into the final third, and his ability to deliver quality from there would be hugely important.

Even this season, we’ve shifted him in that position during games, and he has created chances. Which is to say I don’t think it will completely inhibit the attacking threat he possesses, it’ll just come from a different area of the pitch. He may not be as big a goal threat, but he will definitely create chances for others and offset a considerable amount of what we’d lose from an attacking perspective if Tierney is out.

The final thing to say is that right now I hope this blog post is made utterly redundant by good news about Tierney’s injury. It’s hard not to be worried, but fingers crossed it’s not as serious as it looks. His face when getting treatment on the pitch on Saturday told us plenty, I fear, but let’s just see what happens. If it is bad news though, I think the obvious replacement is Saka, and I would like Arteta to maintain the current formation/system, rather than revert to a back three which might be a temptation. I understand if he’s concerned defensively, especially with Luiz out and Gabriel and Holding shaky against Liverpool, but it would be too cautious for me and if this team has strengths they are up the other end of the pitch. Lean into those.

Right, if you haven’t already had a chance to listen, the Arsecast Extra is below. More from me tomorrow.

This Arsecast Extra was recorded with ipDTL

The post If injury keeps Tierney out, Saka is the obvious replacement appeared first on Arseblog … an Arsenal blog.