Latest News
Home /Blog/Hyderabad man joins ISIS, takes wife and children to Syria on the pretext of a vacation and gets killed; wife and four children stranded 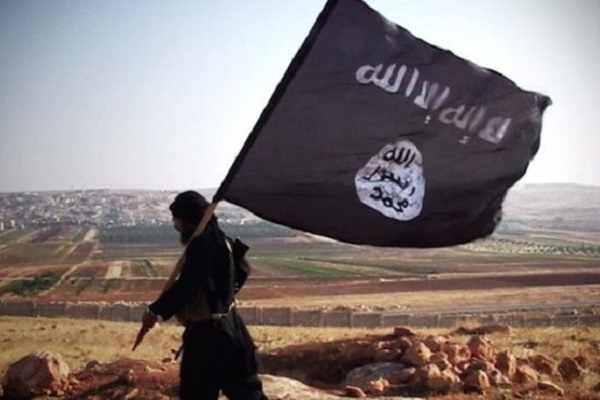 — Read the article [Hyderabad man joins ISIS, takes wife and children to Syria on the pretext of a vacation and gets killed; wife and four children stranded] on OpIndia website —

The wife and four kids of a Hyderabad based ISIS terrorist have reportedly been stuck at a rescue camp in war-torn Syria and want to return home after her husband was killed during an airstrike, reports Times of India.

Reportedly, the 34-year old husband, a Tolichowki based engineer, whose family stayed in Saudi Arabia for several years, had joined the Islamic State (IS). He and his 32-year wife left for Syria in 2015 and the couple had four kids, some of them were born in Syria.

The wife, who is also from Tolichowki, and their four children, are currently at a rescue camp in the still war-torn area of Syria after her husband was killed in an airstrike.

The woman and her four children were rescued by the UN and are currently at a camp in Syria, according to a source close to the family. “Attempts are being made to bring her and the children back to India by the National Investigation Agency (NIA) and the Indian consulate in Syria,” reported The News Minute.

Reportedly, the man and his wife, who are cousins resided in Saudi Arabia, had left for Syria in 2015. The husband had taken his wife and two children on a pretext of a holiday first to Dubai, then Turkey and finally Syria. Sometime later, he sent an email to one of his relatives, informing them that he and his family were in Syria and he had joined the IS.

After that, there was no information about the family’s whereabouts. A few months ago, the 32-year-old woman called up her family at Tolichowki and informed them that her husband had died in an airstrike and she was at a rescue camp. The woman also wished to return home along with her four children, including two born to the couple in Syria.

The family was basically from Hyderabad and carried Indian passports, but they were residing in Saudi Arabia for over two decades. After retirement, the parents of the couple returned to Hyderabad. However, the couple continued to stay in Saudi Arabia and later went to Syria with their children.

“The woman, who rarely gets access to a telephone at the camp, made a distress call to her family in Hyderabad,” a source reportedly said TOI.

According to TOI, when they contacted the Union External Affairs Ministry, an official said,  “North-east area of the war-torn nation is still not in control of the Syrian government. A large number of people from different nationalities are at the camp in the north-east area. The United Nations is drawing up a list. From our side, we also want to know the details of Indians at the camp. At this point in time, the case of the Tolichowki woman is not in our notice.”

This case is the second incident of a person from Telangana getting killed in Syria while fighting for the Islamic state. In the recent past, an engineer named Mohammed Haneef from Mancherial was killed in Syria after he had joined the IS.

Chief Of Staff To VP…

Pelosi When Asked About Alleged…