The news of children as young as five (and scarily younger) being sexually assaulted leaves me cold.

But whether it’s happening more or simply being better reported on, it’s no surprise that parents are getting worried.

After the Daniel Morcombe case up here on the Sunshine Coast, I don’t blame parents for being super overprotective of their children. Hell, I am – I don’t allow my sons to stay with anyone but their grandparents because I don’t trust ANYONE these days.

Unfortunately, we can’t keep an eye on our kids 24 hours per day – as much as we’d love to. And we need to teach our children – both boys and girls, skills to help them be aware of and avoid sexual predators that could be anywhere. The fact that a primary school teacher was recently charged with rape makes me even more protective of my boys, and to teach them what they need to know!

However, I feel that it needs to be said that we aren’t trying to spark fear here. Kids shouldn’t have to live their lives in fear that ‘someone’ might be out to get them. In my eyes, fear and awareness are two different things. As my boys grow and start to do more things on their own, I’ve been trying to make them more aware of potential threats. Kids can be totally oblivious, so making them a bit street smart really is the key to success.

1. Their Body is Theirs – and Theirs Only

Take your kids somewhere quiet and comfortable where they will open up and talk to you. Tell them openly that their body is theirs. Nobody is allowed to touch them without their permission – ever!  The first things my kids said was ‘but little Johnny grabbed my arm yesterday’ – then explain what is an appropriate touch, and inappropriate touch. Teach them about their genitals and bottom being ‘no-go’ zones, and that if anyone makes them feel uncomfortable or tries to touch them, to run, scream and find another trustworthy adult to ‘dob on them’. What you want to get across to them is that if something is making them feel ‘weird’, it’s worth telling someone about.

It’s also important to impart to kids that no secret is ever big enough not to tell Mum and Dad. And that they can come to you anytime to discuss any issue, even if it makes them feel ‘yucky’. Kids don’t start keeping secrets until they’re a bit older, and some secrets are ok (like what they’re getting for your birthday). But others, especially if they’re keeping a secret for someone older, or if someone told them it might get them into trouble, should be told to Mum or Dad.

FACT: Every 13 minutes, a child suffers abuse or neglect, often by someone they know and should be able to trust, most often in their own home. 2. Adults Should Never Ask a Child for Help

Grown ups don’t ask kids for help, they ask other adults. This is something that kids should definitely know, because requesting help from a child is often how predators get into conversation, and get their ‘in’ with kids. You should tell your children to be wary of grown-ups asking for help, and never to go anywhere with a grown-up, even one you know, without talking to a parent first. If they aren’t somewhere where Mum or Dad is close by, let them know that it’s ok to refuse to help someone, and to walk or run away. Some kids are concerned about being rude, so give them some training on a strong, but polite, refusal, and a plan of action on what to do next. 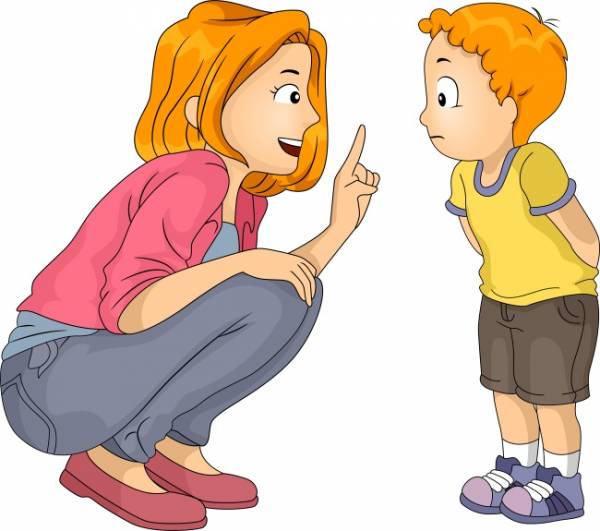 Teaching children that people that are bad to children are big scary monsters is just an outright lie and won’t help them distinguish between who is trustworthy, and who is not. An abuser is usually someone the child already knows, someone that spends time with them regularly. For years, we have drilled the lesson of ‘stranger danger’ into kids, but it’s just not how the world works. While kids do get grabbed by strangers in some cases, abuse by a familiar person is more common. It’s hard to tell your kids that there are people they can’t trust, so just make it clear to them that Mum and Dad are always there to help and to listen, and they aren’t even going to get in trouble for coming to you with an experience they didn’t like.

FACT:  90% of child sexual abuse victims know the perpetrator in some way. 68% are abused by a family member.

There’s a lot of pressure on parents, and there can be criticism if parents feel you’re being too overprotective, or too paranoid. At the end of the day, it’s about how you feel, so don’t let other parents bully you into being less watchful if you don’t feel comfortable. If you don’t want your kids to go to the toilet alone, go with them, or use a disabled toilet and guard the door until they come out. My boys are 8 and 9 and I still take them in with me – no way will I let them go into the men’s toilets on their own without their dad! The same goes for sleepovers. If you don’t feel comfortable with your child going to someone’s house, particularly a house you don’t know, then just say no, and don’t mind people who would tell you otherwise.

FACT: Many children who have been abused grow up to abuse alcohol, illicit drug use, suffer depression and make suicide attempts. For example, if your children get lost, teach them what to do, where to go and who to seek. I personally tell my children to find a member of the police, and if they can’t find one, find a mummy with kids. I also write my mobile phone number on my kid’s arm when we are going out in public with a lot of people just in case we get separated.

Talk to your children about cyber safety, and what to do if someone they don’t know tries to contact them over the internet, or if someone calls on the telephone and they answer, what to say if they ask about when Mum and Dad will be home.

Parental controls on devices is a really good idea as we as parents can’t watch our children all the time. Look at a system like Family Zone to protect your kids at all ages. 6. Teach them to Fight Back

Finally, teach them what to do if they do get grabbed — to yell and scream and fight like crazy. Enroll them in martial arts or a defensive course, explaining to them that they may never need to use these techniques, but it always good to learn just in case! We don’t want to scare them, but prepare them in case the worst might happen. 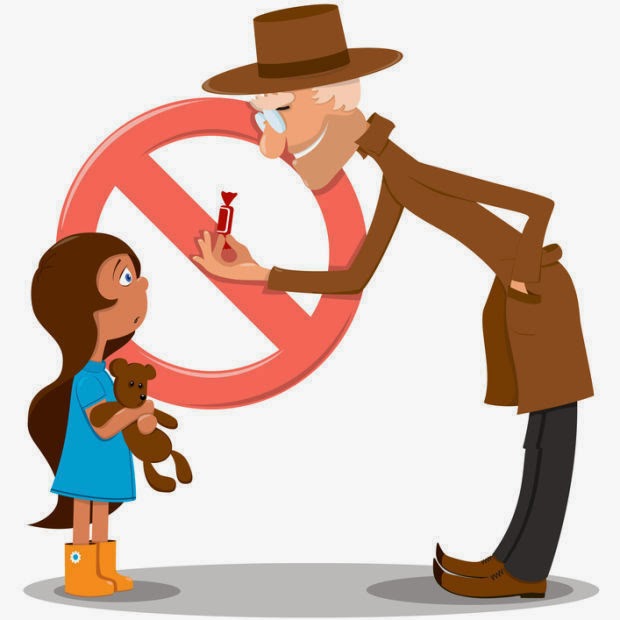 7. Who do I Call if I Suspect My Child or Another Child I Know Has Been Abused?

How do you teach your child to be street smart about sexual predators?