Whip up a DIY take on a snack food favorite with a recipe for Homemade Chex Mix that can be made in a slow cooker or in the oven. 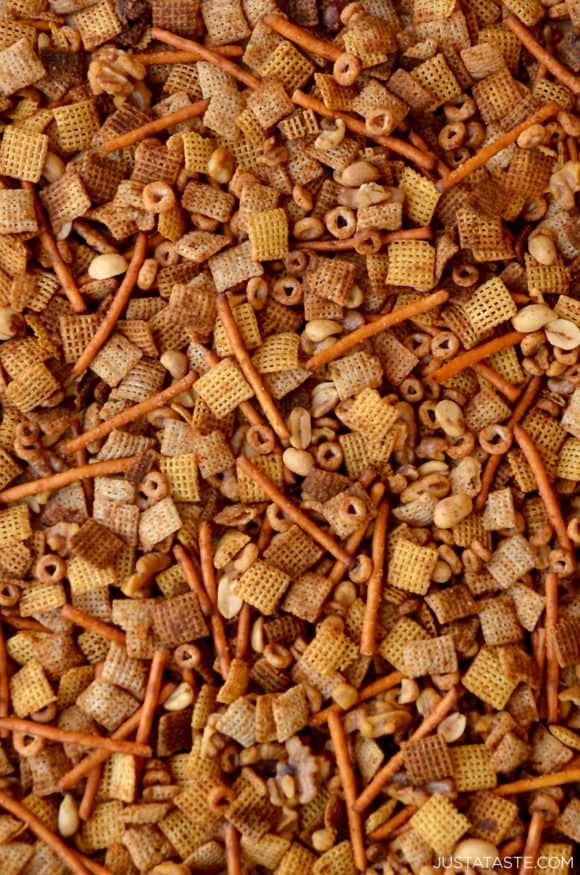 When it comes to snack foods, nothing beats good ol’ Chex Mix. It’s salty, crunchy, savory and just so dang addicting. Add a Diet Coke to the lineup and someone get me my spandex pants because in the words of Miley Cyrus,”I can’t stop, and I won’t stop.”

This recipe for Homemade Chex Mix just. changed. everything. 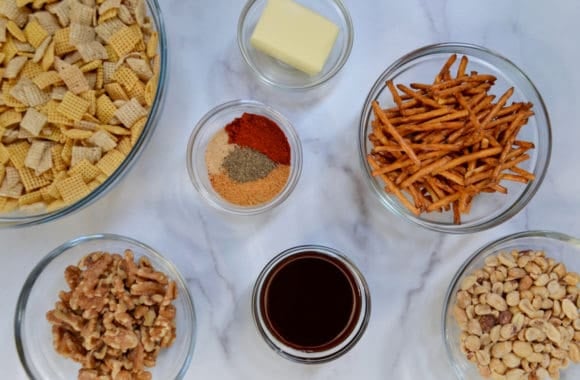 When it comes to making this snack from scratch, there’s two ways to go about it: toss it into a slow cooker or bake it in the oven.

I’ve provided instructions for both methods, but I have a very clear favorite… 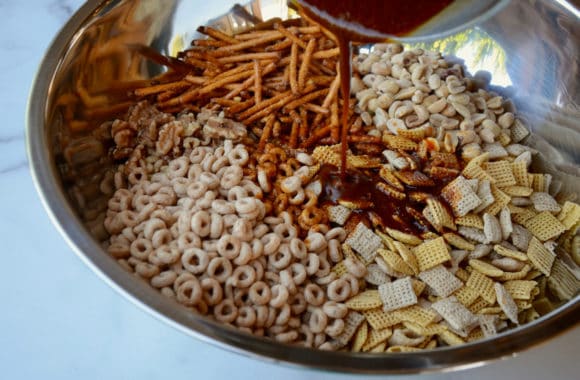 If crunchy is your goal, then the oven is your friend! I’ve made this recipe both ways, and while the slow cooker is convenient, it just doesn’t result in the characteristic crunch that Chex Mix should have.

So choose your method then raid your pantry because this recipe is merely a template for you to sub in whatever cereals, pretzels and nuts you have on hand. Mix and match to your heart’s desire! 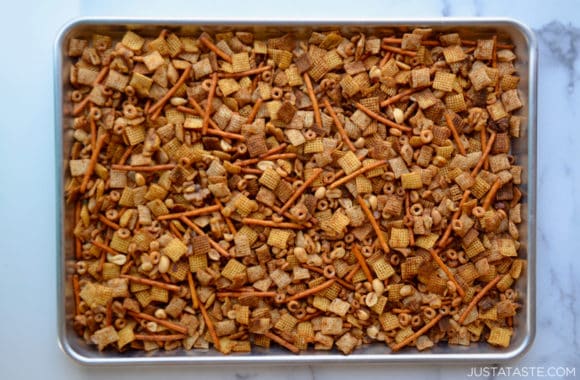 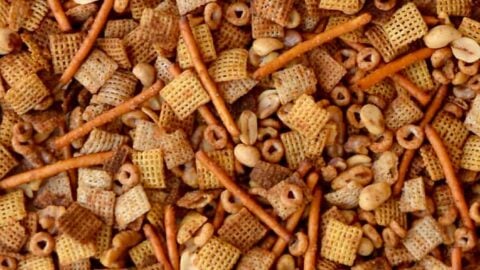 Pour the spice mix over the dry ingredients and toss to evenly coat.

To cook in a slow cooker:

Transfer the mixture from the slow cooker onto a baking sheet. Let it cool completely then serve.

To bake in an oven:

Transfer the Chex Mix onto two baking sheets, spreading it into an even layer.

Bake the Chex Mix for 1 hour, stirring every 15 minutes. Remove it from the oven and let it cool completely then serve.

Homemade Chex Mix can be made up to 1 week in advance and stored in an airtight container at room temperature.

Blackened Fish Salad with a…

How to Bake the Perfect…

Wine and Principled Persuasion with…