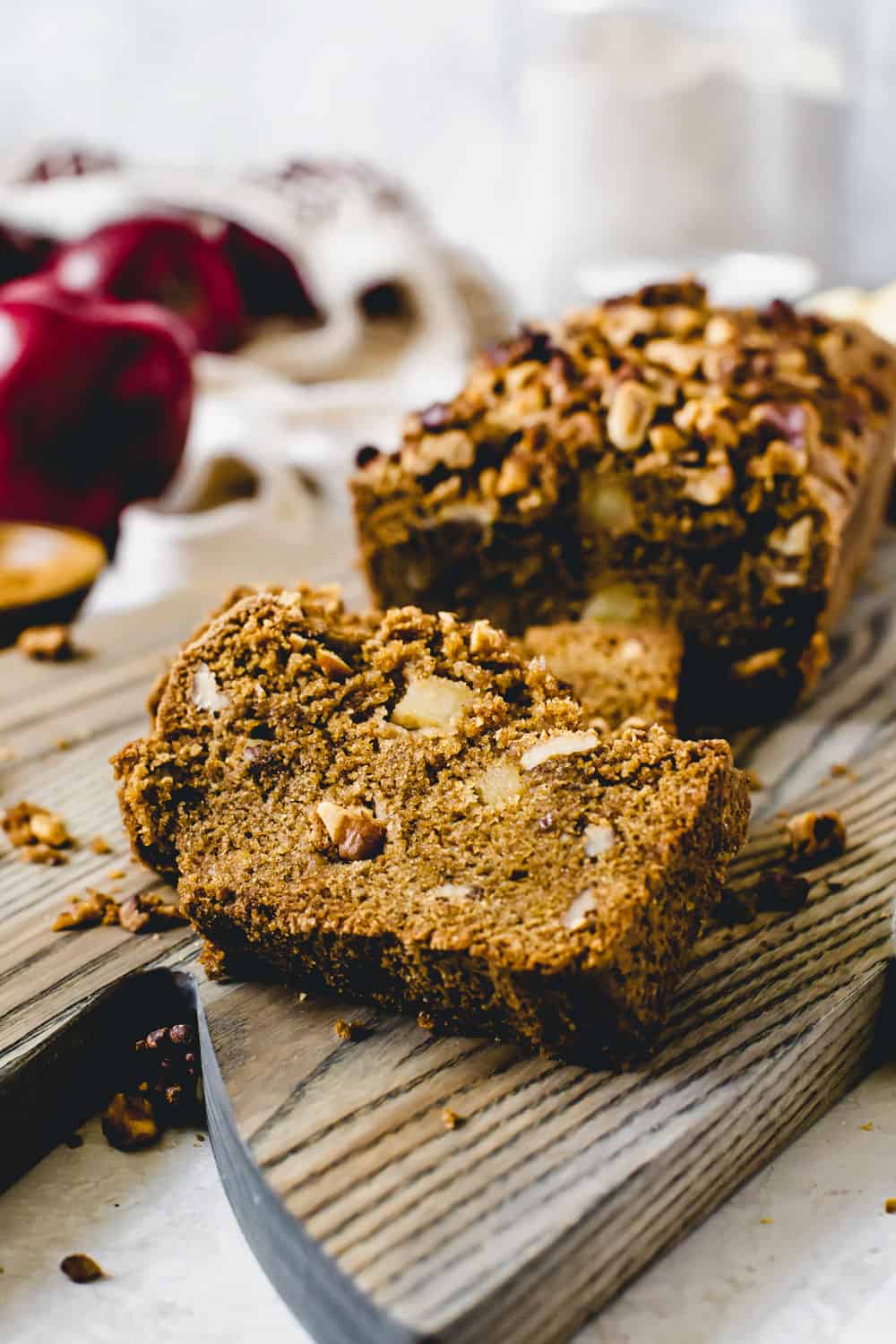 This densely soft Cinnamon Apple Bread is filled with fall flavor and packed with sweetened apples and walnuts. Serve this easy-to-make treat with breakfast or for a snack.

For other delicious bread recipes try this Banana Bread Crumb Cake, some Pistachio Zucchini Bread, or even this Lemon Almond Poppyseed Bread. 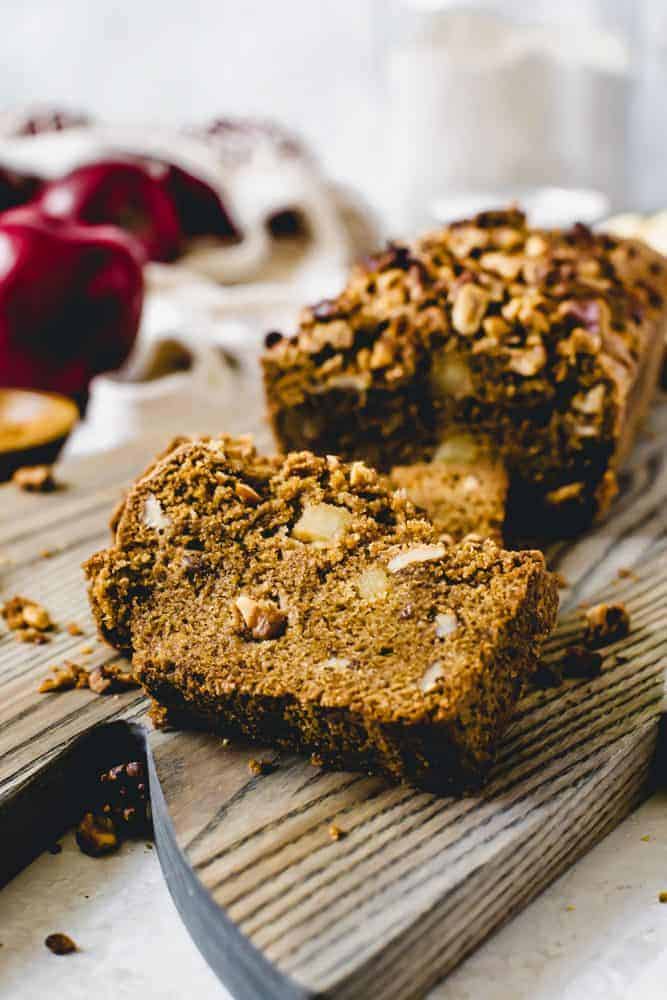 This cinnamon sweet bread is filled with fall essence and if the season had a taste this cake-like bread would be it. Softly sweetened apples and walnuts are folded into this dense bread that is also topped with a sugared walnut crumble.

Choosing a firm tart or firm sweet type of apple is the best option for this snack cake. I found a bundle of freshly delivered red delicious apples from my local grocer and they were just perfect. You also don’ need to choose just one type of apple. Mix them up if you prefer. 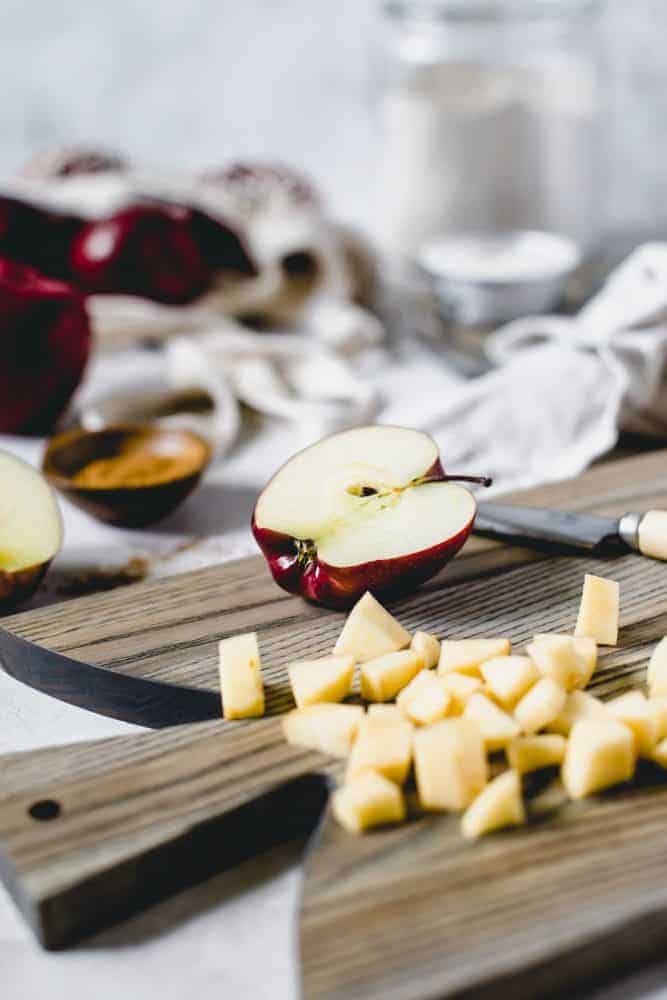 How to Make Apple Bread

The thing about quick bread, though they usually take about an hour to bake, the preparation is often simple and quick.

For a bold-flavored bread, there’s not much prep involved in making it. 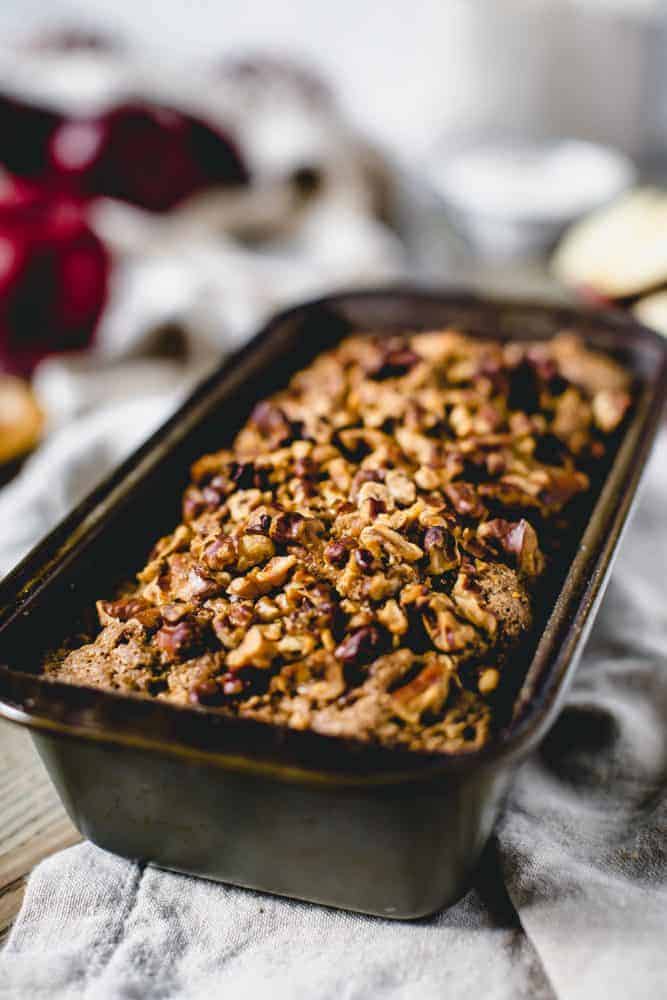 Can you Freeze this Bread?

Yes, you can absolutely freeze this bread and if you do I recommend doubling the recipe so you have two loaves. To freeze, wrap the completely cooled loaves in plastic and then cover with foil. Freeze and save for later. Thaw at room temperature to use. 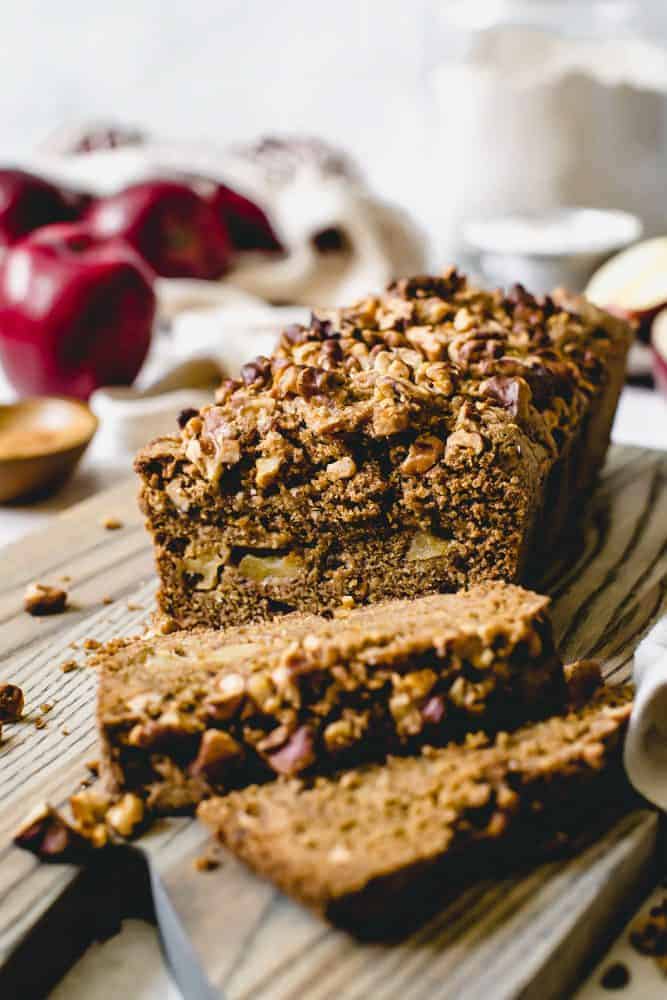 Other Sweet Snack Recipes to Try 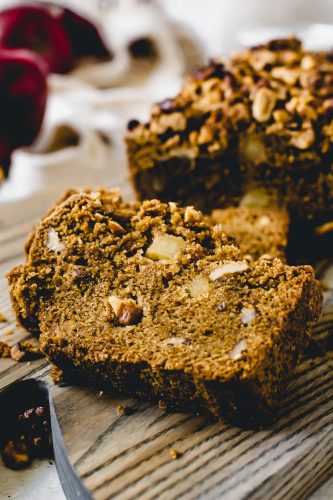 This densely soft Cinnamon Apple Bread is filled with fall flavor and packed with sweetened apples and walnuts. Serve this easy-to-make treat with breakfast or for a snack.

Wine and Cheese Pairings to…

Lentil Soup with Butternut and…