Cheesy Bacon and Egg Hash for breakfast, brunch, lunch or dinner! Easy to make and ready in 30 minutes!

Cheesy Bacon and Egg Hash… Not just a breakfast recipe! This breakfast skillet is one of those breakfast for dinner recipes, when you need something quick, filling and absolutely incredibly delicious. 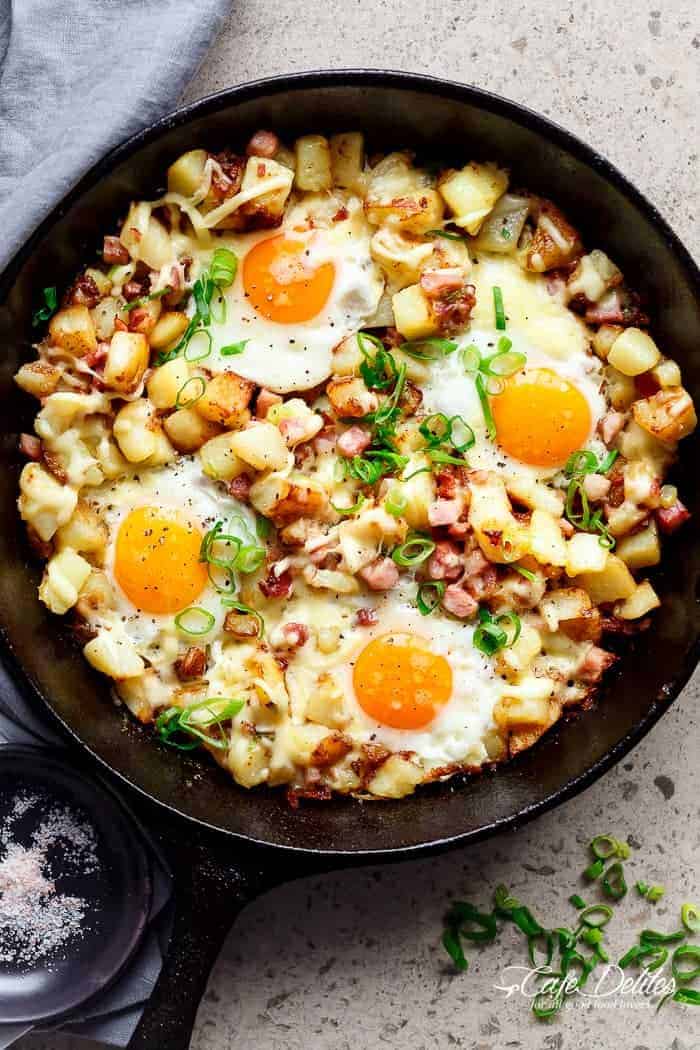 This breakfast skillet is hands down the BEST way to cook your eggs, potatoes, bacon and cheese! What may look complicated as actually one of the most easiest recipes I’m going to make you cook. Yes. MAKE YOU. This skillet is full of golden potatoes, fried in a small amount of oil OR baked (your choice), followed closely with more crispy-ness in the form of bacon, with scallions (shallots for us Aussies) coming in third to add another layer of flavour, and THEN melted mozzarella cheese! In about 30 minutes. 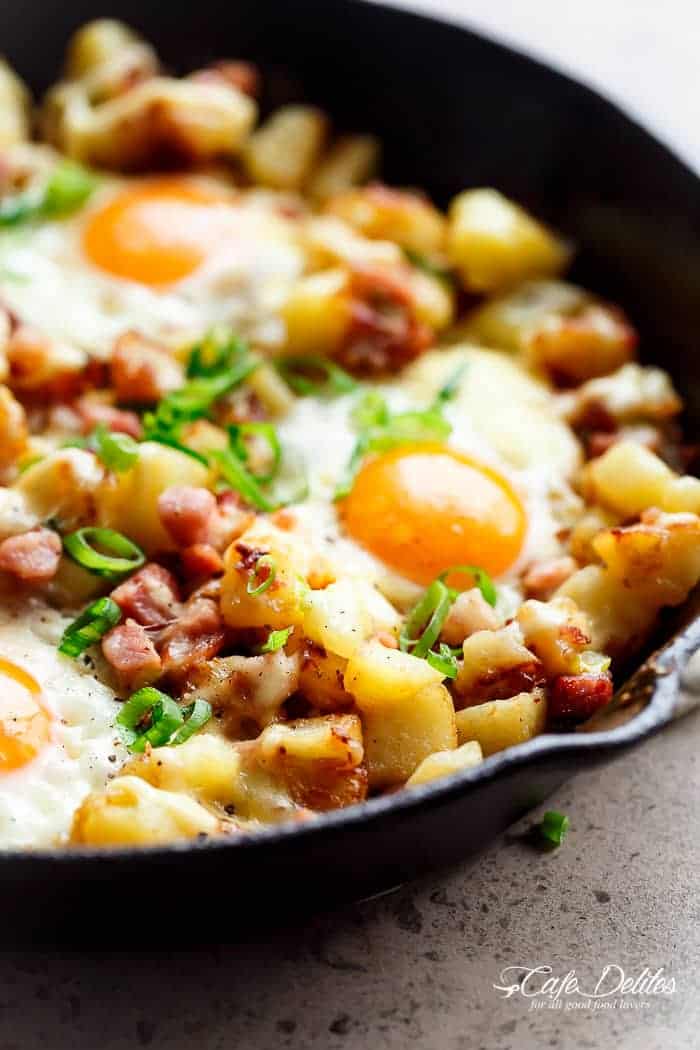 Here’s the deal. I could tell you some story about how this came to be in my kitchen. But I won’t. Because boring, right? Instead, I’ll tell you how I stood around the stove, absorbing the smells of crispy, frying potatoes hovering around my face, while watching them go from pale white to the most beautiful golden brown colour, resisting the urge to dip my fingers into the skillet to grab one.

WHAT GOES IN A CHEESY BACON AND EGG HASH 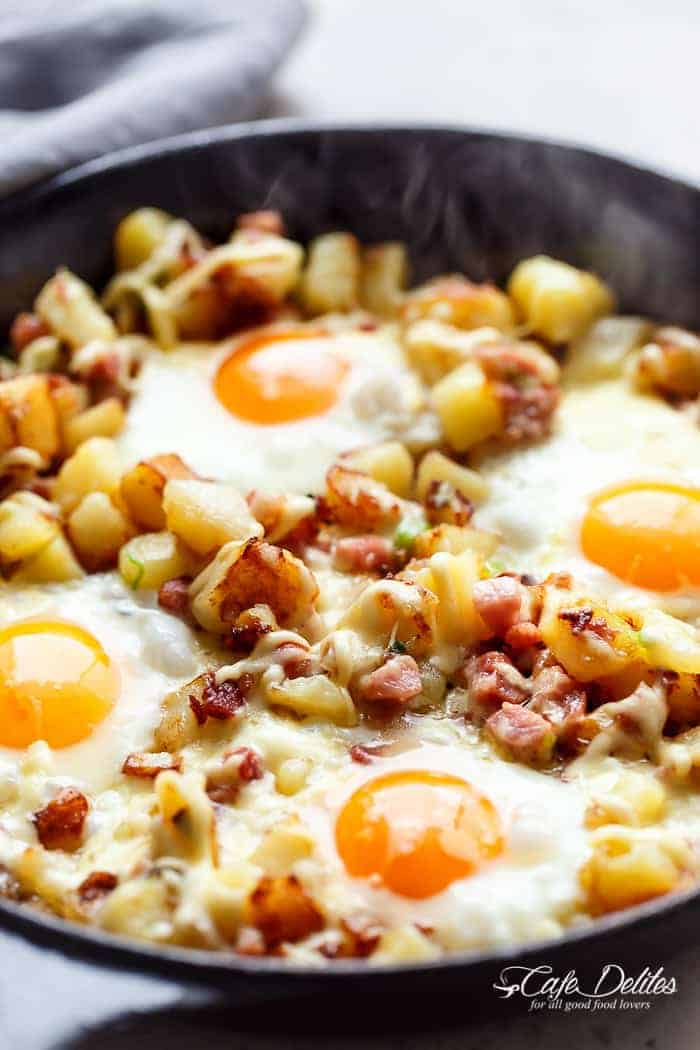 Do you ever have those moments while your cooking where you gasp, take a moment to look at what you’re creating and smile to yourself with pride? Because I had one of those. Watching the mozzarella melt all around and through the potatoes was kind of soothing.

Don’t judge me. The older I get, the more I appreciate the beauty of life. And cheese. 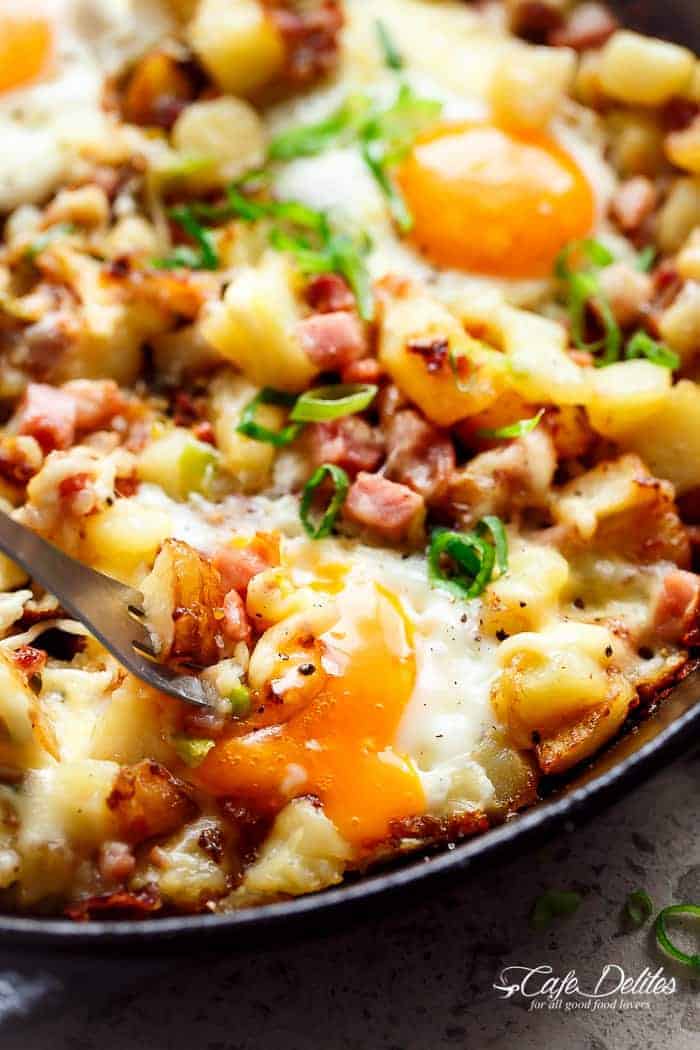 See? CHEESE. That’s what I said. Cheesy Bacon and Egg Hash, better known as a Loaded Breakfast Skillet, will be the best thing you’ll ever eat in the morning! 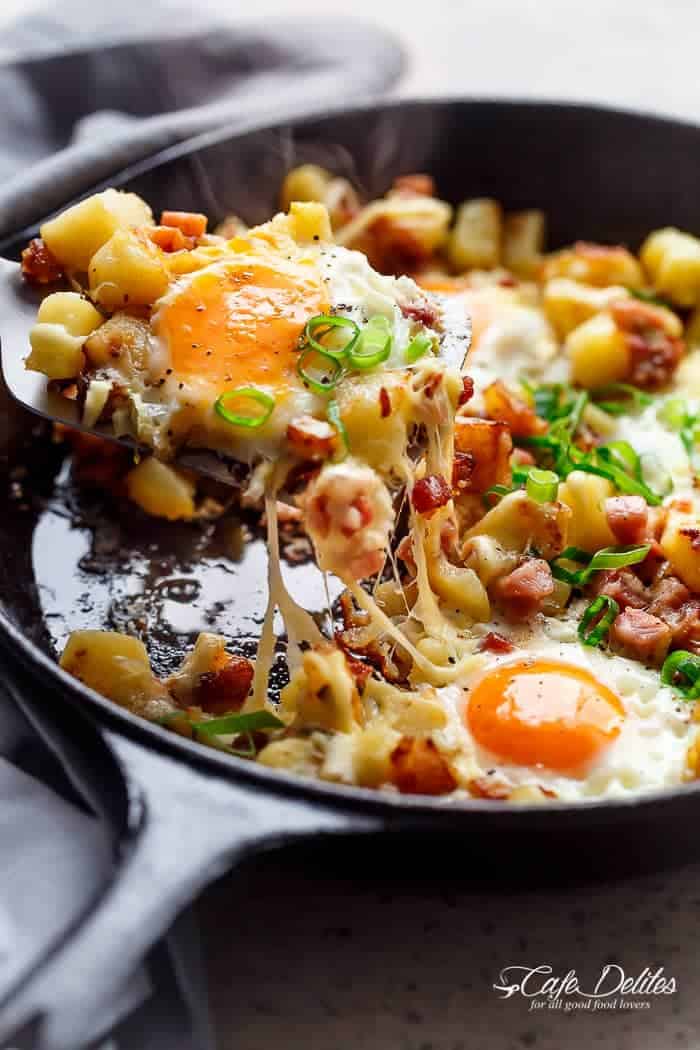 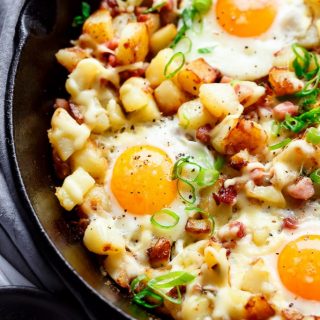 Cheesy Bacon and Egg Hash for breakfast, brunch, lunch or dinner! Easy to make and ready in 30 minutes!

Can You Lose Weight While…