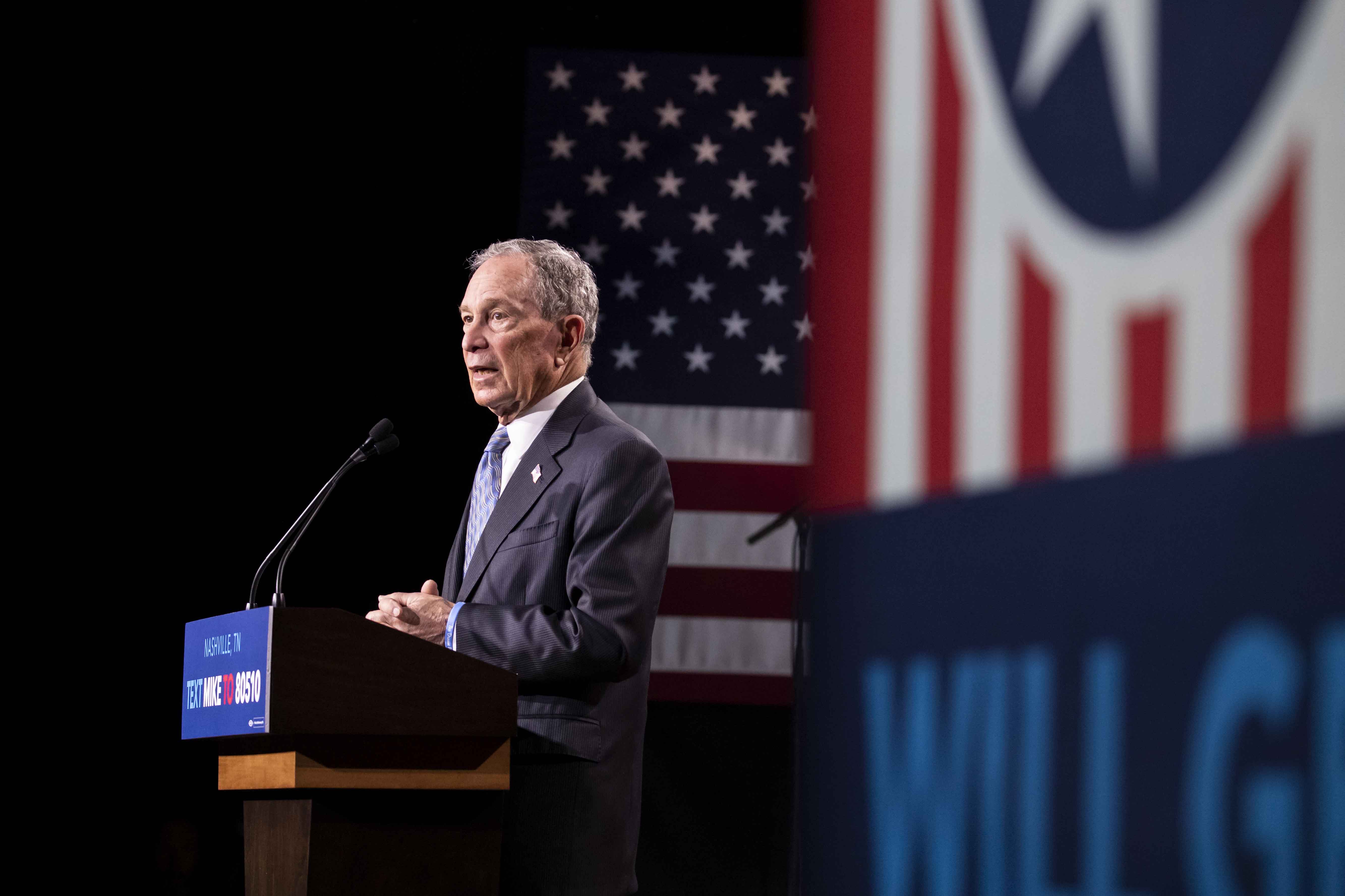 Mike Bloomberg’s free-spending campaign rollout has rocketed him into contention for the Democratic nomination — but he now faces a challenge immune to his fortune.

The multi-billionaire is one poll away from qualifying for the nationally televised debate in Las Vegas Wednesday night, and if he doesn’t clear that threshold he’s almost certain to make it into the South Carolina faceoff Feb. 25. Either setting threatens to lay bare one vulnerability his wealth cannot guard against: Himself.

The former New York City mayor’s irritability with questions he deems unwarranted and controversies he feels he has already put to bed could undermine his debut on the debate stage, where Americans will be introduced to the man behind the ubiquitous campaign ads.

His rivals, who have been piling on in recent days, will try to rattle him by attacking his record, campaign aides have told POLITICO. His own team worries that an unsteady showing alongside practiced candidates could stall his momentum and swallow his gains.

“We are expecting that he is going to have a lot of attention on him — he’s going to be attacked,” a Bloomberg official told POLITICO, noting that it would be his first debate since 2009. The official, who declined to speak on the record, pointed to the other candidates who’ve had months of practice in eight debates and numerous forums and "have gotten better as it’s gone on.”

So Bloomberg has spent weeks getting ready.

“You know me; I like a fight and so I think it’d be fun to go and compete,” he said during an interview in Detroit earlier this month. Likening it to his sometimes contentious press conferences during his 12 years as mayor, he added, “I always thought that was fun to joust.” 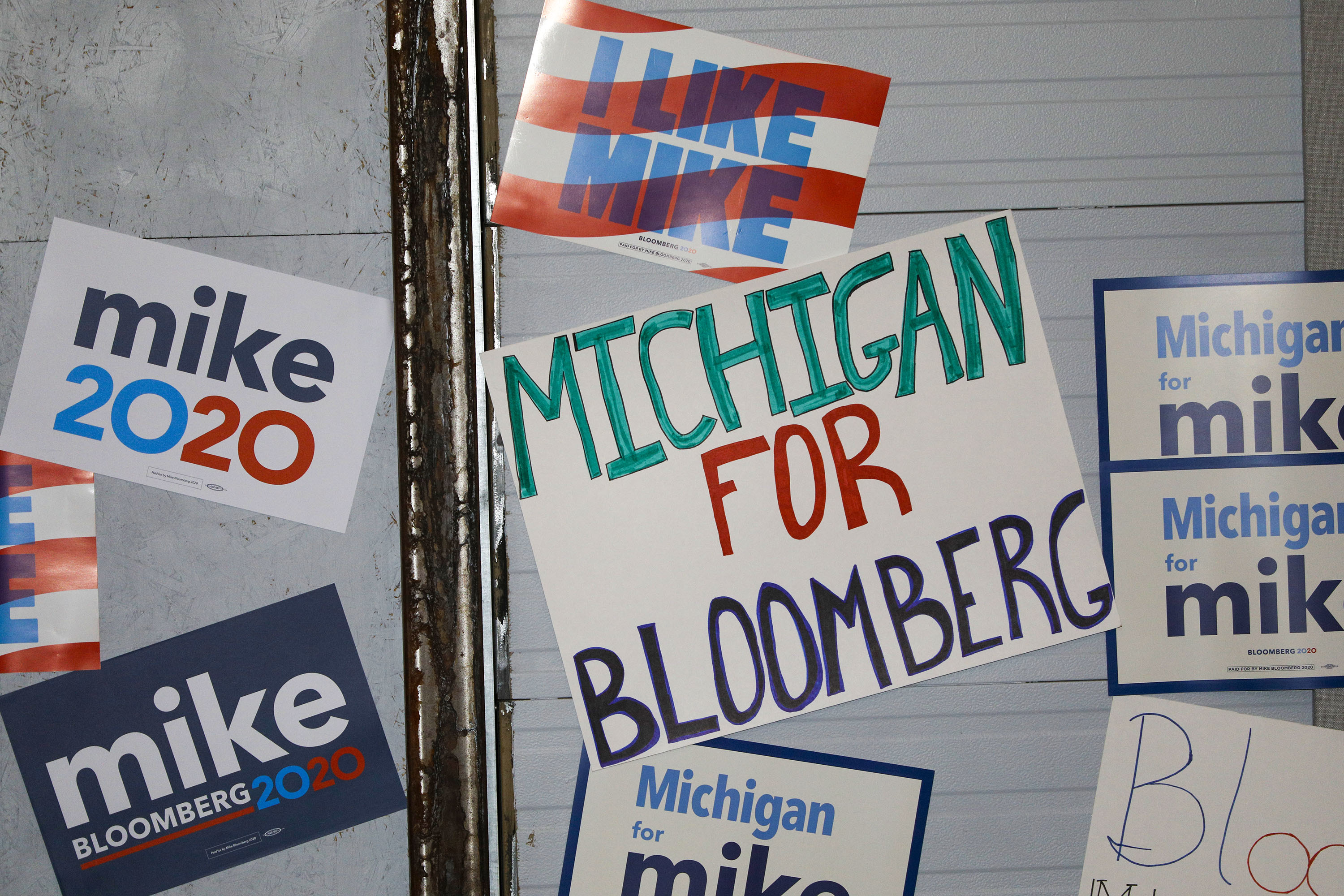 Top Bloomberg lieutenants and policy experts have been preparing him for what would be the most unscripted event yet of his three-month-old campaign. As the prep sessions have ramped up, increasing in frequency, his team is working to get him to project comfort and composure in the line of fire, while portraying him as the toughest Democrat to take on Donald Trump.

Wolfson joked that his inspiration for Sanders came from watching “Statler and Waldorf,” the cantankerous elderly Muppets who lob critiques from their balcony seats. Asked about rivals trying to get under Bloomberg’s own skin, he quipped, “Haters gonna hate. Bring it on.”

Bloomberg is trying to hone a crisp and energetic appeal to voters that will contrast with Biden— another white, male septuagenarian on stage, according to advisers.

Other potential pitfalls for Bloomberg are his tendency to use dated language — words like “bawdy,” for instance — to dismiss concerns about his financial news service’s work culture for female employees.

Bloomberg has a history of losing his cool in public. He once grew visibly annoyed at a reporter in a wheelchair who interrupted his press conference when he dropped a recording device. More recently, he urged a reporter to “get on with it” when he was pressed about his controversial stop-and-frisk policing tactic.

Snapping at other candidates or a moderator could undermine his efforts to convey empathy and contrition.

“He’s been super underwhelming on the stump so far. [I] think people seeing him up close; he could suffer from a little ‘Biden syndrome.’ Namely, he’s not as impressive when he’s not produced and he’s also pushing 80, which nobody seems to be talking about,” said New York-based political consultant Neal Kwatra, who is unaffiliated in the Democratic presidential primary. Bloomberg just turned 78.

Cracks formed in Biden’s perceived frontrunner status when he was caught off guard on the debate stage. And while Bloomberg does not share Biden’s specific weaknesses, he brings his own, Kwatra noted: “He’s impatient, he gets ornery and he’ll get annoyed.”

“Most of the country is seeing a capable businessman with short, sweet, pithy ads bombarded all over TV and the internet and there’s a certain brand that’s already emerged,” Kwatra said. “At this stage of the game anything that contradicts that or undercuts that, it’s dangerous.”

“I’ve seen the term associated with him as technocrat and everything else and yes, ‘Mike will get it done,’” Walcott said in an interview, in reference to the campaign’s theme of competence above all else. “But also I know [he has] that deep passion around issues … and I think that’s important for people nationally to hear.”

Bloomberg is coming under increased scrutiny lately for policing practices as mayor that disproportionately affected black and Latino men and for a corporate culture that was the subject of lawsuits from women at his company, Bloomberg L.P. His lavish spending has also triggered renewed attacks from rivals who claim he’s trying to buy the nomination.

There’s another question of how he handles debate optics. He’s already been ridiculed by Trump over his height, sidetracking Bloomberg’s team into the sandbox where they pilloried the president’s weight, hair and skin hue. On Monday, Bloomberg opened a new front against Sanders and his supporters, comparing their online tactics to Trump’s.

The fact that Bloomberg isn’t competing in the Nevada caucuses on Saturday and South Carolina primary the following week leaves little in the way of immediate payoffs for him. “I think he should let Buttigieg and Klobuchar run their course,” said John Zogby, the Democratic pollster.

But his advisers stressed that voters expect and even demand that he appear if he qualifies.

Before the Democratic National Committee removed the donor threshold to allow him to qualify purely based on public polls, Bloomberg said he wanted to debate, even as he lamented the “pre-canned sound bites” they generate and dismissed the tradition as little more than scripted TV theater.

That may be true. But with a harsh spotlight trained on his past, Bloomberg will have to show he can perform

“Sixty billion dollars can buy you a lot of advertising,” Biden said in a weekend interview on “Meet the Press,” referring to Bloomberg’s estimated net worth, “but it can’t erase your record.”